In 1972, Colin See-Paynton moved to a remote farmhouse in Wales, on to which he built his studio. Entirely self-taught as an engraver, he began to make prints in 1980 and has since produced over 250 editions.

Colin has brought a new vitality to one of the earliest forms of printmaking. Although his work is based on the meticulous observation of the natural world, his talent is to invent compositions which distil the ecological and behavioural relationships of the species and their habitats. He uses his knowledge and imagination to construct engravings of great complexity and refinement and has evolved something new by the patterning and layering of his images. Later compositions, particularly those from an underwater viewpoint, use an increasingly abstract and fluid line to capture the fast and fleeting movements of birds and fish. 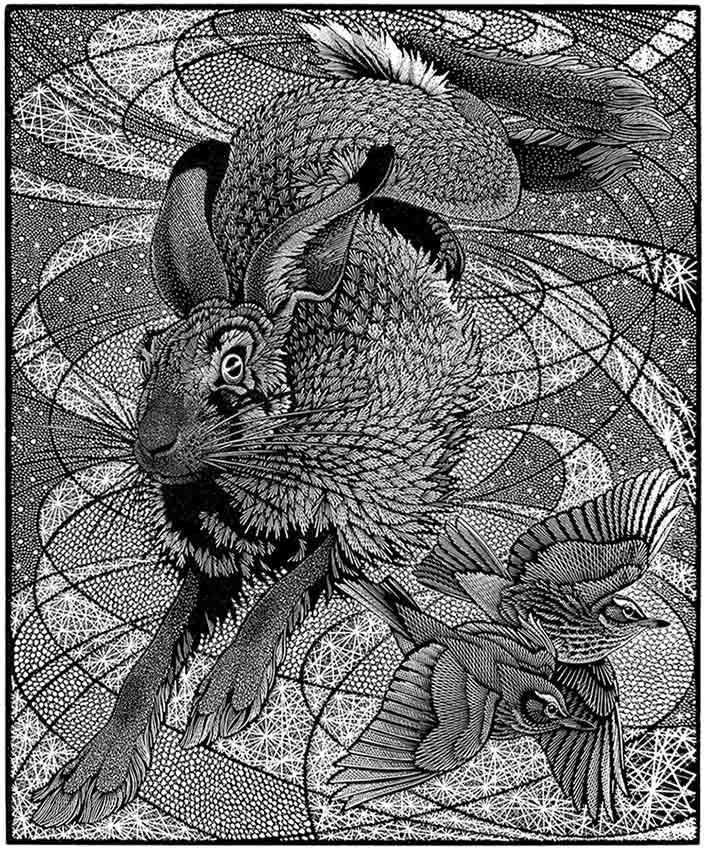 Autumn on the Breeze by Colin See-Paynton